Tell us what you're looking for...

Namibia - A Land of Contrasts

From the elegant oryx to the delicate white lady spider, the Namib Desert is rich in diversity

When you study the word diversity in the context of Namibia, it opens up a new world of endless possibilities for the eager traveller. There's countless things to do in Namibia, known for stunning sunsets and a vast display of habitats, cultures and experiences. Each region offers something different and unique to explore.

The Namib Desert runs along the Atlantic Coastline and forms the entire western border of Namibia. It can be considered graceful in the way the winds play with and shift the dunes and as the oldest desert in the world it has amazed many an eye with the mirage of being an inhospitable environment. However, upon closer inspection, a vast array of creatures and plants can be seen eking out an existence. From the elegant oryx to the delicate white lady spider, the Namib Desert is as rich in diversity as the country that derived its name from it. The Welwitschia mirabilis is a living fossil of floral adaptation and is unique to the Namib Desert. An early morning hot air balloon ride is arguably one of the best ways to experience this beautiful area in a magical way. The historically rich coastal town of is a hub of quaint little shops and adventure activities. 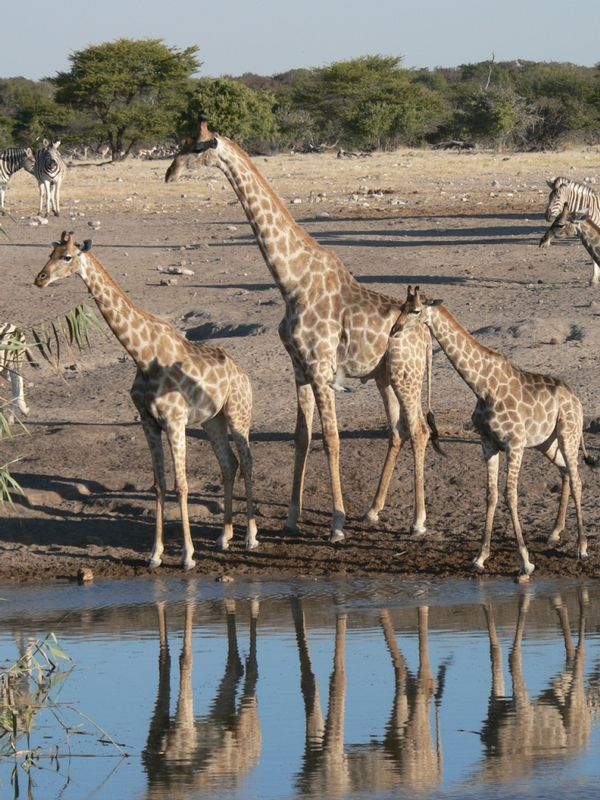 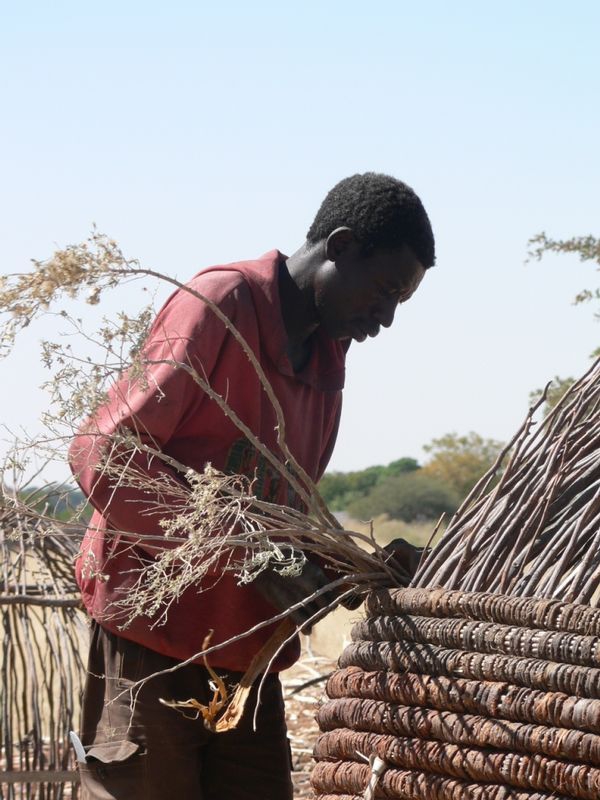 The Skeleton Coast in the north west is perhaps one of the biggest features labelling Namibia as a hostile environment. During the early 1900s numerous ships have fallen victim to the ragged stretches of rocks that hug the shoreline. Ship wrecks lie marooned and abandoned along the entire coast, silent testimonies of the violence of the Atlantic Ocean beating down on the shores of the Namib Desert. Bleached whale bones and rusting ship remains are what gave this haunting landscape its name. One of the most famous shipwrecks of the Skeleton Coast is undoubtedly the Dunedin Star. Thought to have struck the poorly charted Clan Alpine Shoal, the ship was stranded on the wild Namibian Coast in November 1942.  Considered one of the most daring rescues ever conducted, the survivors of the disaster were plucked from the shoreline by planes and an overland convoy, but not after many failed attempts and the loss of the Sir Charles Elliott, a rescue tug sent from Walvis Bay. Her crew too fought the elements for many days before they were rescued, but at the cost of two of her crewmen. Another notable wreck is that of the Eduard Bohlen. Stranded in the fog on 5 September 1909, the wreck now lies inland, far from the current shoreline, another witness to the unforgiving landscape.

Namibia is a country that prides itself on conserving its natural resources, the environment being a key one. The Damaraland area in the north west is full of successful Namibia wildlife reserves, setting an example of how mankind and the environment can coexist with benefits to both sides. Black rhino and desert adapted elephants roam rocky hills and dry riverbeds in search of sustenance. Ancient rock engravings carved by Bushmen can be found scattered throughout the area, with the ones being a National Heritage Site in Namibia. The rich culture of the Himba people adds a different flavour to the area. As one of the last nomadic communities, the Himba people still strictly live according to their traditional beliefs and lifestyles. They share this expanse with the herds of desert elephants, black rhino and the incredible desert lions, all adapted in their own unique way to surviving in a harsh and dry climate.

The northern areas of Namibia, in sharp contrast to the desolation of the Namib Desert, include bushveld and the stunning Caprivi Strip. The Kunene river provides ample fishing opportunities while the Caprivi serves as a gateway to the world renowned Okavango Delta in Northern Botswana. The Etosha National Park, one of the most popular in Africa, covers an area of 22 750km².  Large numbers of antelope, zebra and springbok dot the horizon with lion, leopard and giraffe also making appearances. An ample selection of birdlife inhabits the “place of dry water”. True to its image as a land of contrasts, the northern area contributes significantly to biodiversity in terms of fauna and flora species.

To the east lies the sprawling vastness of the . Derived from the Tswana word Kgala, meaning "the great thirst", this stunning expanse lends its contribution towards Namibia’s image of a desert country. Golden sands dotted with Camelthorn trees and sparse Bushman grass with their white plumes give an array of colour, deceiving the eye with the illusion of desert. It is in this seemingly inhospitable environment that the San or Bushmen communities live in harmony off the land.

The southern parts of Namibia offer must-sees in numerous categories such as stunning vistas, geological features and history. The Fish River Canyon snakes through the endless horizons while the world famous add to Namibia’s list of wonders. Develop your own theory as to the origins of the faerie circles of the south and climb one of the highest dunes in the world. The deserted ghost town of Kolmanskop offers a glimpse into the past on an eerie level. 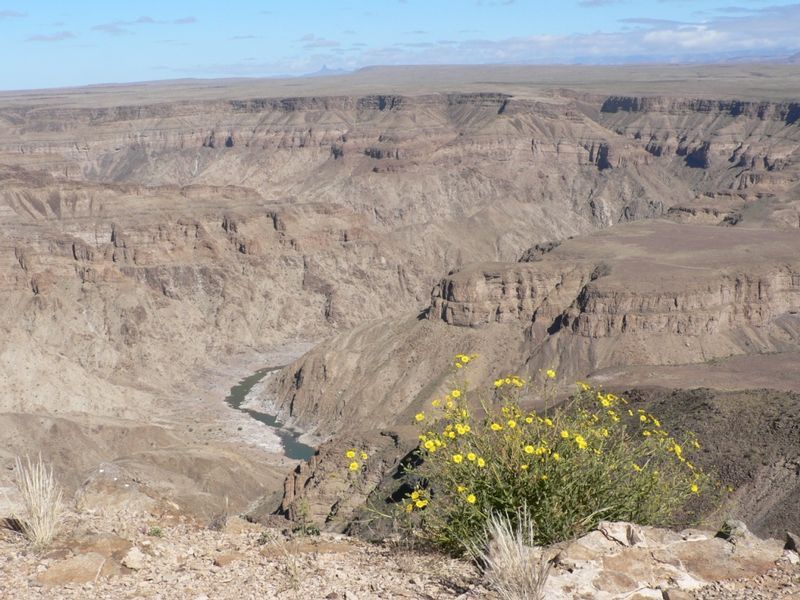 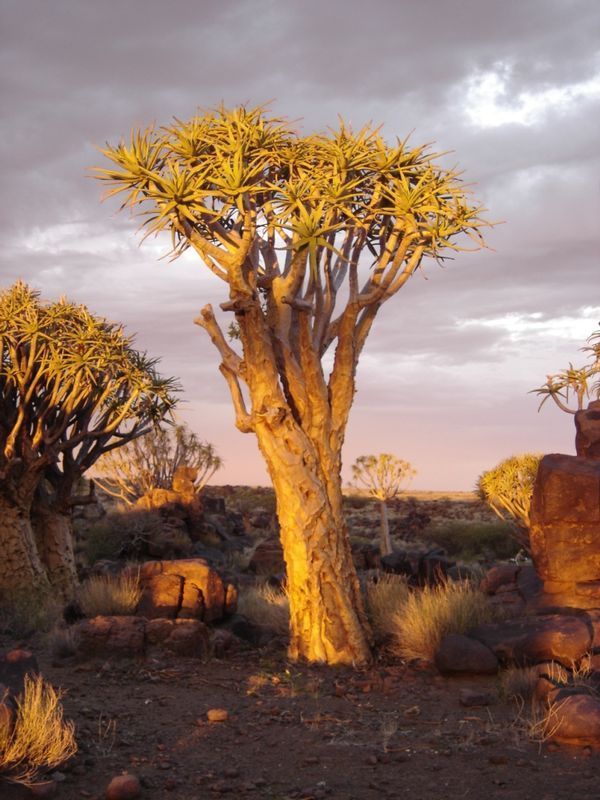 Whether you crave adventure or have a love for more relaxed activities, there's things to do in Namibia for every kind of person. Ballooning over the Namib Desert, cultural tours, sampling local cuisine, game drives in the famous Etosha National Park, rhino tracking in the north western areas, a horse ride just outside of capital city Windhoek or sand boarding on the dunes of the coast, the miscellany of entertainment and adventure opportunities are as widespread as its endless horizons. Add to that one of the best places in the world to view the night sky in all its splendour and the chance to lose yourself in an expanse of open space, and you have a new definition of “abounding in diversity”. With a vast array of types to choose from, Namibia offers something for every person. Ranging from camping in the wild outdoors, quaint guesthouses, lavish tented camps, luxurious lodges and world class hotels, Namibia is second to none. Therefore indulge yourself to experience Namibia as a land of contrasts unlike any other.