The name Keetmanshoop translates from Afrikaans as ‘the hope of the Keetman’ and is the administrative centre of the largest region in Namibia, the Karas Region, It is about 500km south of the capital city of Winhoek. It is the economic centre for the entire south of Namibia. Karas spans about 160 000 square kilometers which is about a fifth of the country’s total surface area. The Karas Region is named after the mountains located south-east of the town which have the same name. The town offers a number of accommodation options as well as amenities such as banks; shops and petrol stations. Keetmanshoop, like many Namibian towns developed around a Rhenish Mission Society, it was founded in 1860 and was named after the German trader Johann Keetman who supported the mission financially.

The Keetmanshoop Museum is located in the Keetmanshoop Rhenish Mission Church, this building dates back to around 1895. The church was declared a national mounument in 1978 and is a very well-known landmark in the history of the town. Another point of interest is the traditional Nama matjieshuis which is a house made of thatched reed and is built on the church grounds. Other buildings that visitors can view include the old hospital which is also known as Johanitter Haus; the old Post Office and the Schutzenhaus, the headquarters of the oldest German club in the country. Highlights in the region include self-drive visits to the Naute Dam and the farm Spitskop Ost with its mesosaurs fossils; the Giant’s Playground; Fish River Canyon and the Kokerboom or Quiver Tree Forest. 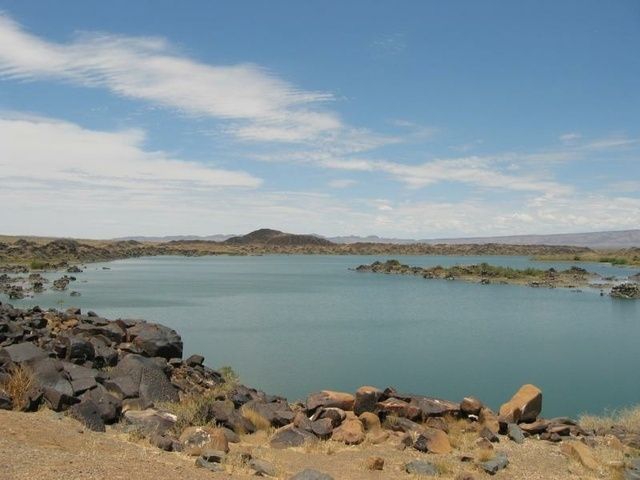 There are various accommodation options in and around the Keetmanshoop area including Atle Kalkofen Lodge; Birds Mansion; Canyon Hotel and Central Lodge.

The Alte Kalkofen Lodge opened its doors in August 2010 and is located about 90km west of Keetmanshoop. The lodge is set on the farms Sandverhaar and Simplon. The name ‘Alte Kalkofen’ means ‘limestone ovens’ and these can be found near the lodge. Alte Kalkofen Lodge boasts the biggest collection of Lithops in the country. The ‘flowering stones’ or ‘baba boudjies’ as they are reffered to in Afrikaans are displayed in a custom constructed hothouse called the Cole Lithoparium, which is named after Professor Desmond and Mrs Naureen Cole, in an ode to their pioneering efforts in the Lithops genus field. A Lithops is a succulent plant that consists of two opposing leaves that are fused together. Accommodation at the lodge includes bungalows and self-catering options. There are ten double or single bungalows that are equipped with twin beds; en-suite bathrooms with a bath; a fan and a tea/coffee station. The self-catering option is in the old farmhouse Sandverhaar which is set 7km from the lodge and provides perfect lodgings for a family or group, this has four bedrooms, two of which have two beds and the other two have three beds.

Birds Mansion is set right in the centre of Keetmanshoop with the world famous Fish River Canyon less than two hours away. The hotel has a relaxing atmosphere that suits travellers from all walks of life who are heading to or from Luderitz; the Fish River Canyon or Windhoek. Birds Mansion Hotel has a fully licensed a la carte restaurant; a lapa, internet cafe; curio shop; tea/beer garden; barbecue area; heated swimming pool and two conference facilities. Laundry and valet service are provided upon request and guests’ valuables can be kept safe and sound in the safe at reception. Accommodation is in 23 en-sute air-conditioned rooms which are tastefully decorated and have a tea/coffee station; telephone and five-channel DSTV. Six of the rooms have fridges. The hotel also has secure parking and provides transportation to and from the station or airport. 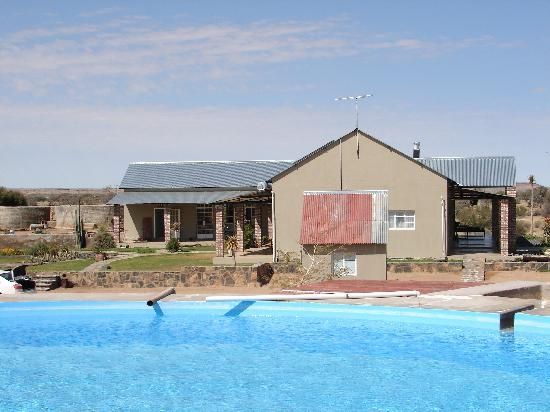 The Canyon Hotel is also situated in Keetmanshoop and offers travellers comfortable accommodation accompanied with typical Namibian hospitality. The hotel is fully air-conditioned and facilities include a restaurant; bar; private cocktail bar; coffee shop; barbecue area; swimming pool and a playground for the kids. There is also a conference area that can accommodate up to 100 delegates. Guests’ valuables can be locked away in the safe at reception where there is also and internet connection available and guests can request room service. All meals are served from an a la carte menu but meals are served buffet style for larger groups. Accommodation at the hotel is either in double or family rooms. Each double room is equipped with an en-suite bathroom, some have baths and others have showers; air-conditioning; a TV/radio; telephone; fridge and a tea./coffee station, two of the double rooms are disabled friendly. The family rooms can accommodate two adults and two children and have facilities similar to the double rooms. 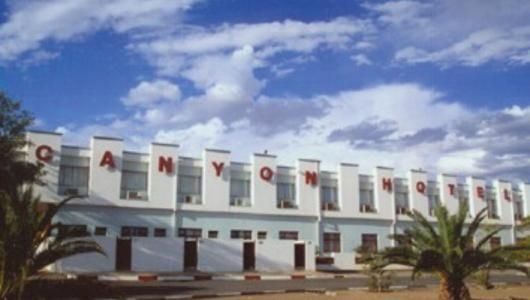 Central Lodge is located in the centre of town and is very close to the old ‘Kaiserliches Postamt’ or Imperial Post Office. The hotel has an outdoor swimming pool with rock features; secure indoor parking; email and conference facilities including air-conditioned conference room with TV, video, flip chart and overhead projector, there is also an indoor barbecue area connected to the conference room. All meals at the hotel are served in the fully licensed restaurant from an a la carte menu and meals are served buffet stlye for larger groups. There are 16 standard rooms which are equipped with en-suite bathrooms; air-conditioning; telephone; six-channel hotel TV package; tea/coffee station; small sofa with a coffee table and a luggage rack. There are three luxury rooms which have similar facilities as the standard rooms with the addition of spa baths. 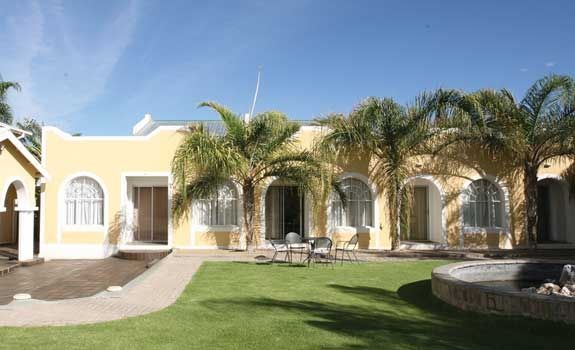