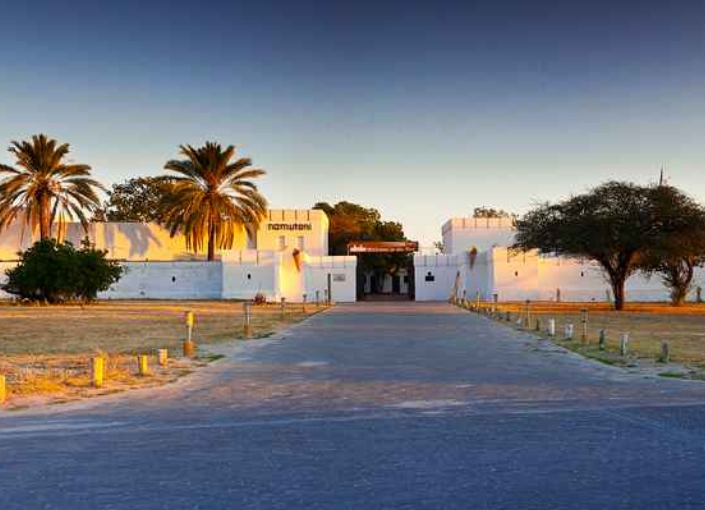 Namutoni is the closest camp to the Fischer's Pan where large numbers of waterbirds such as flamingos like to congregate.

Accommodation at the camp consists of either double rooms or bush chalets. There are 24 double rooms with en-suite with bath and a shower; mini-bar; air-conditioning; tea/coffee station; mosquito nets at the front and back doors. There are 20 bush chalets equipped with double shower and basin bathroom and similar features as the double rooms.

There is a museum and a petrol station in front the reception. There are two restaurants inside the fort, namely, the African Fusion restaurant which serves African cuisine and The Steakhose which serves more European dishes.

Activities and attractions include guided game drives around the Etosha National Park; early morning and late afternoon game drives; visits to the historic fort and birding.