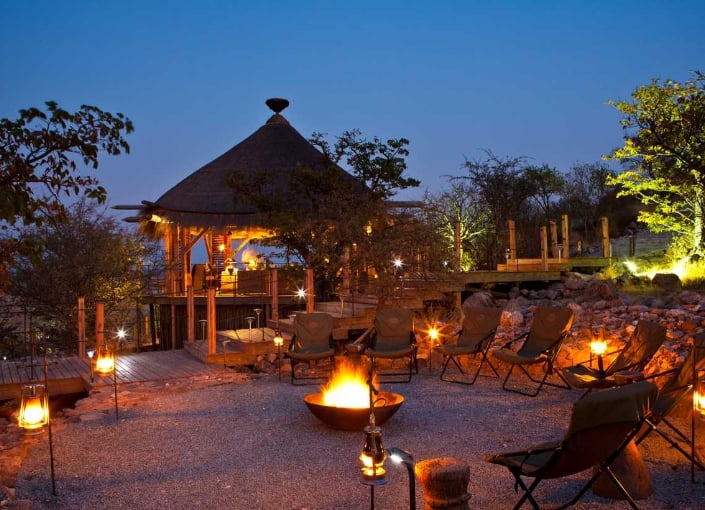 Dolomite Camp is located in the western part of the Etosha National Park, near the Dolomietpunt waterhole. It is the first camp to be built in this part of the park, opening a previously inaccessible part of the park. The camp is set amongst dolomite formations, ensuring game drives are conducted in one of the park's most scenic locations.

Accommodation at the camp includes 12 west-facing single or double bush chalets which are all fully equipped with two beds, a lounge area with comfortable chairs, mosquito nets, tea/coffee station, in-room safe and a wardrobe. There are also two deluxe chalets which have a single and double bed in each unit, the deluxe chalets are east-facing and afford occupants with an amazing sunrise view. The deluxe rooms have similar features as the chalets with the addition of a private plunge pool.