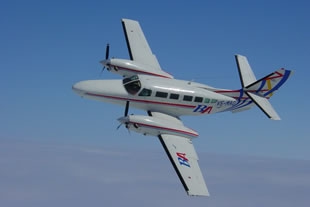 For those with knowledge of the different kinds of aircraft, aircraft at Bay Air include Beechcraft 1900 C/D; Cessna 208B Grand Caravan; Cessna 402; Cessna 406 - Cargo configuration and Piper PA-34 Seneca.