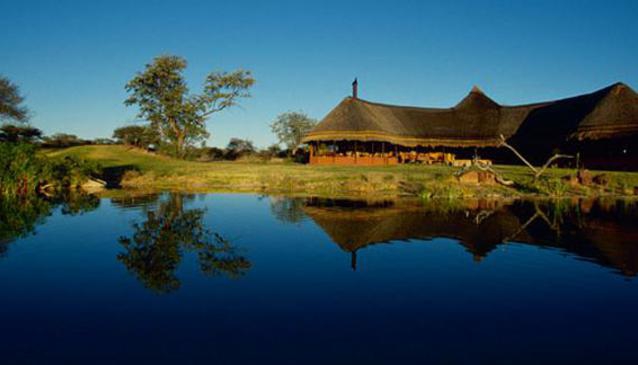 West of the Waterberg Plateau, the vast plains are occasionally broken by the remnants of ancient Sandstone outcrops, which once covered large areas of northern Namibia. Nestled among the Omboroko Mountains lies Okonjima - a Herero name meaning Place of the Baboons. This is much more than just a lodge. Okonjima is also home to The Africat Foundation. The Luxury Bush Camp is situated at the Edge of a Wilderness Area, 3km from Main Camp.