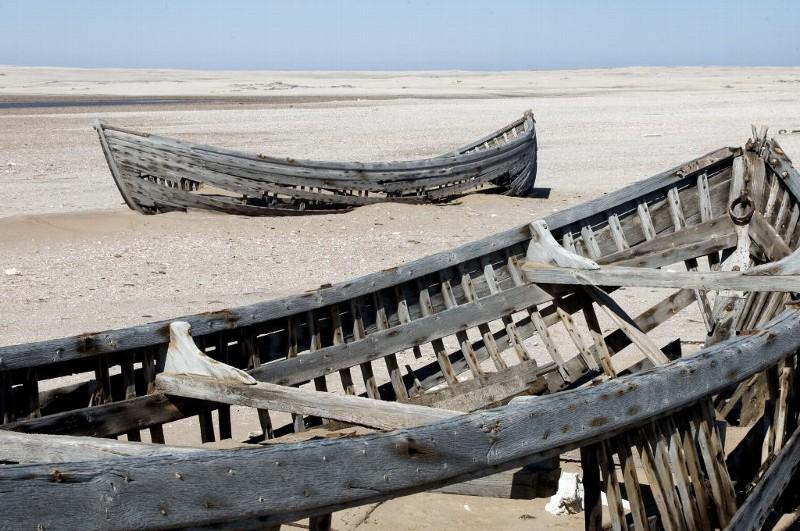 Louw Schoeman, a lawyer by profession and pioneer of ecotourism in Namibia, came to know and love the Skeleton Coast and surrounding areas. This led him to take a leading role in its conservation and in the proclamation of the Skeleton Coast National Park in 1971. He then started the well known Skeleton Coast Safaris, the enterprise that we - his children - shared, continued and expanded upon, retaining his high standards and personal attention to details.

As members of the Schoeman family who grew up here, we have the very secrets of the Skeleton Coast etched on our souls and we would like to share with you the uniqueness of this remote wilderness. Everything is planned to surprise and delight adventurous souls. We use our own aircraft as a safari vehicle to transport you from one place of special interest to another, flying at 'see' level to give you a breathtaking view before we land and explore by Land Rover or on foot.

During the course of a safari with us, you will experience fascinating bird's-eye views of shipwreck remains along the coast, diverse and ever-changing geological formations and the refuges of desert-dwelling animals such as the endangered black rhino and desert-adapted elephant. As our guest, you are taken on excursions by Land Rover to be introduced to the scenic and ecological aspects of the environment with its wide diversity of flora and fauna.

Accommodation consists of three fully equipped tented desert camps, which nestle into the natural environment. The first of these is in the lower reaches of the Huab River in the Erongo Region (Damaraland), the second under Camelthorn trees and Makalani palms in the Hoarusib Valley in the Kunene Region (Kaokoland), and the third on the north-western Namibian border overlooking the Kunene River.