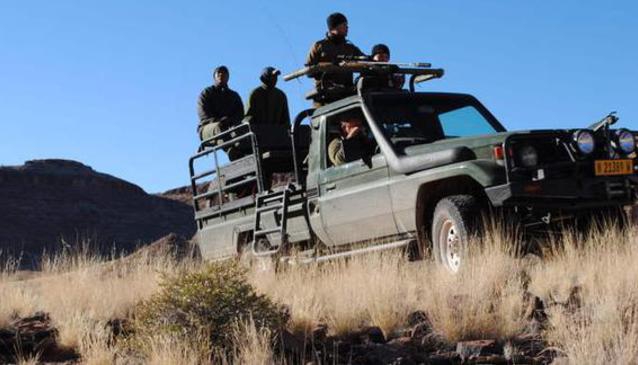 We would like you to come and join us on an unforgettable African adventure. We offer hunting safaris for dangerous and plains game, as well as wing shooting safaris in Southern Africa, mainly South Africa, Namibia and Zimbabwe.

Ndumo Hunting Safaris is owned and operated by PH and outfitter Karl Stumpfe. He is also a contributor to Africa's best hunting and shooting magazine, Magnum Magazine.

In Namibia, we can hunt most plains game species found in Namibia, including some rarities like Hartmann's mountain zebra and black faced impala, and some dangerous game up in the Caprivi. The south of Namibia consists mostly of very open low mountains, with low scrub vegetation, some Bushman's grass, and trees confined mostly to the dry riverbeds. It has the most spectacular sunsets imaginable. In the south, we can offer hunts in either the rocky semi Desert Mountains, or Kalahari desert. Central Namibia consists mostly of broken terrain, with more vegetation than the south, and also more available species. Some leopard hunting is also available. The Caprivi Strip is a sandy, semi swampy area situated north of the Okavango swamps, and vegetation is much the same. Most of Namibia's dangerous game hunting takes place here.

We offer various types of accommodation, to suit every hunting area. Most of the areas have accommodation in permanent camps/ chalets, but for the hunter who wants to rough it a bit, or hunt into very remote areas, we also offer hunts out of tented camps and fly camps. Whatever the area, rest assured that the accommodation will be comfortable and the food tasty!