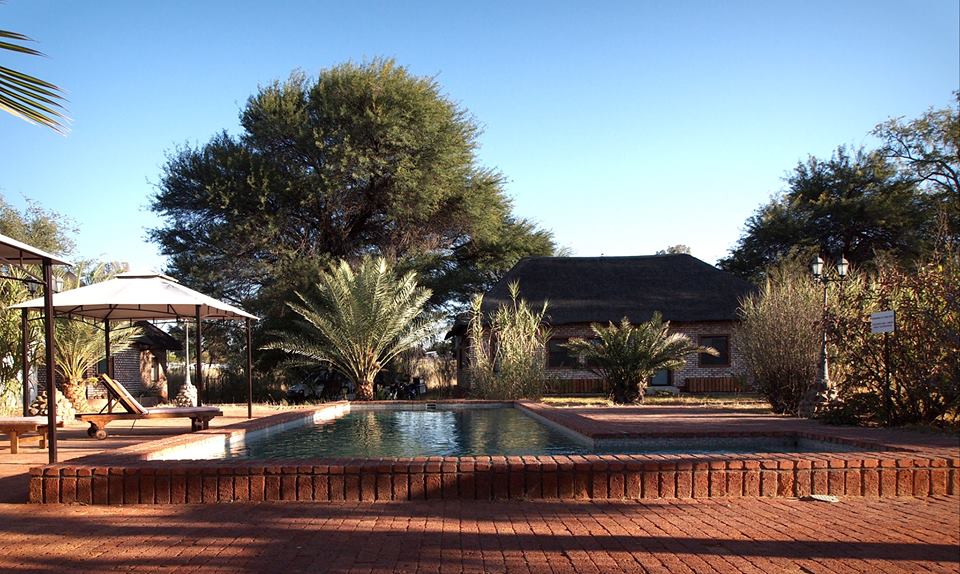 Kashana Namibia is situated some 250km north-west of Windhoek in the historic town of Omaruru, between Karibib and Otjiwarongo.

It is thought that the house probably gained its name from the surrounding bush savannah which resembled a 'wide open plain' or Kashana in the Owambo language.

Originally built in 1907, as a casino for local mine-workers, it was subsequently put to different, sometimes less respectable uses, and its condition deteriorated seriously over the years.

In August 2007, its new owners re-opened Kashana Namibia after carrying out an extensive programme of painstaking renovation. Now, restored to its former glory, it reflects its German colonial heritage.

Today, the building is the centre-piece of a Lodge-style Guesthouse with a novel and attractive bar and a popular all-day a-la-carte restaurant, frequented not only by residents, but also by passing travellers and local townspeople, all enjoying the tranquil shade of the garden courtyard.

The courtyard is skirted by a number of small shops and businesses, including florist, hairdresser, and the innovative Nawa-Nawa Art Centre, providing services for Guests and supporting the local community.

Beyond the courtyard, fronting the river, newly built Guest accommodation is to be found. Work also continues discretely elsewhere to expand the scope and facilities of the complex - the most obvious addition being the recently completed swimming pool, terrace and lapa.

Omaruru is an attractive small town with some hidden gems and a century of history waiting to be discovered.

Part of the My Guide Network